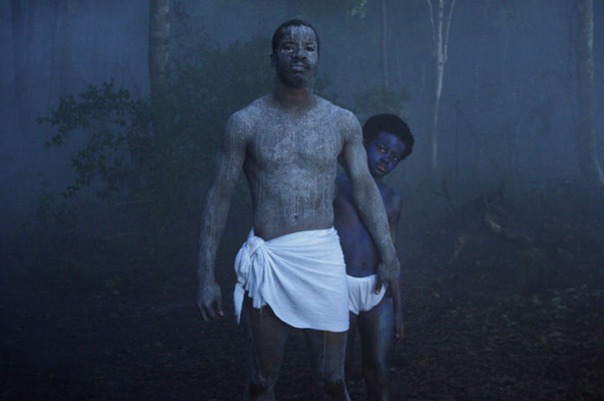 It has taken me a while to come back to the laboratory to sit here and come up with something say in regards to the condition of my so-called black people. I’ve tried to wrap myself in African-American literature, taken time off from social media, even developed an unusual yet satisfying habit for wine and cigarettes. Perhaps anyone from the outside looking in could play the “armchair psychiatrist” and diagnose me as suffering from clinical depression, which would have been painful to acknowledge, nevertheless it would have been true. Finally, I’d decided to take it to a higher power although many Negroes will clichingly joke with their faces grimacing ear to ear saying, “Jesus take the wheel!” Although I’m currently in that process, it still seems other so-called black folk are looking for superficial ways to come together as a people through fictional stories and symbolism. This leads me to the Black Panther and like most I was excited to see not just an predominantly black cast (including the director), but to see a black super hero brought to you by Stan Lee by way of Marvel Comics. The need for a critical analyses is not necessary in fact, one can simply type up “My Thoughts on… or Black Panther: Decoded, and How Important was…and you will end up with thousands upon thousands of Negroes giving their Siskel and Ebert thumbing praises on the movie. Did I see the film you ask? Absolutely but I wasn’t about to go to the extreme and rock out some dyshiki’s and kente cloth over Black Panther like I was attending a African Comic-Con (no disrespect to the black nerds who support the artist btw)! Also, let me get this out the way real quick: I am a former artist and former comic/video game head so I understand where a lot of these Negroes are coming from with going to the movies dressed up in their African garb. However, I’ve out grown games and comics but for the sake of this movie, I get it.

Black Panther ended up doing historic numbers opening day weekend at the box office brining in a whopping $370.5 million making it the highest for a debuting franchise. As of February 27, 2018, the film has grossed a worldwide total of $782.2 million; quickly earning a buzz from movie critics and fans alike believing the film will amass well over the billion dollars mark when its all said and done. Speaking of the fans, Negroes have set up posts on social media declaring “Wakanda Week” or if the someone says or does something unsavory in the all seeing eyes of black Twitter, Facebook, and YouTube, they are immediately bombarded with taunts and dislikes letting them know they are NOT from Wakanda! As funny as it maybe, black folks have become overzealous about this movie and with it’s not hard to understand why. Fictional as it maybe be, there were not only indelible characters and images that didn’t portray black people in the usual stereotypical norms; but from Black Panther/T’Challa (Chadwick Boseman), Erik “KillMonger” Stevens (Michael B. Jordan; to Nakia (Lupita Nyong’o); Okoye (Danai Gurira); and Shuri (Letitia Wright), starred in phenomenal roles which were entertaining and immensely positive. Simply stated, this movie gave our young children something they don’t normally get to see on the big screen from black people: a sense of pride and respect for family and their native country. With that being said, there remains a small grey, ominous cloud that has shattered my once exuberant joy in regards to this motion picture that begs the question: What about Birth Of A Nation?
In early January 2016, Birth Of A Nation much like Black Panther, was an highly anticipated release scheduled for the fall in early October. It was championed at various independent film festivals and even garnered an early Oscar buzz. Those early acclamations sooned turned into disparaging declarations of rape, aimed at the film’s producer, director, and star Nate Parker. Stemming from an incident in 1999 while a student athlete at Penn State, Parker and co-writer Jean McGianni were formally charged with sexual assault but both were acquitted by jury. After starring in several prominent roles prior to B.O.A.N., the media begun to attack Parker including the accuser’s brother who called Parker a “rapist” even insinuating the actor/director for being the reason which lead to the accuser committing suicide in 2012. Despite the actor defending his image and feeling empathy for the accuser in several Facebook posts and interviews, Women Right’s groups-mainly white and black feminists- continued to slander Parker in articles and on television platforms. One feminazi in particular-Amber Phillips- was especially vicious during a live taping on Roland Martin’s “News One Now” program after the film’s October release. Phillips, like many other black female guests, wanted to make B.O.A.N. about sexual assault and felt that was more important than the Nat Turner story itself. The shows host Roland Martin, was later accused of tweeting and insinuating the movie flopped due to the non-support by black women. Needless to say it didn’t help Parker’s situation once black society found out the actor was married to a white woman, something many sister’s despise.In the end, Birth Of A Nation and the story of Nat Turner, was sabotaged.
As I scroll up and down my YouTube page trying to avoid all of the Black Panther mania that has mezmorized Negroes like hair weave and Jordan’s; I think of what could have been with B.OA.N.. It’s like some of us, or maybe many of “us” didn’t see what the liberal media was doing prior to the release of Parker’s movie. Because the movie surrounded a black man fighting back against his white slave master (which represents our modern-day system) and winning, there was no way Hollywood was going to green light this picture. Knowing this he saved up his own money, sided with a few investors and got the film made on a mere eight and a half million dollar budget. Though the movie managed to recoup its budget by grossing over $16 million, however, due to the controversy surrounding the film Foxlight Pictures cancelled the international release. In the words of you super militant, red, black and green Negroes white supremacy two, black America, zero. Now some of you may ask “What do you mean white supremacy TWO?” The “TWO” comes from the original “Birth Of A Nation” produced and directed by D. W. Griffith in 1915 that revitalized the “Second Era” of the Klu Klux Klan and was used as a recruiting tool. Not only was the movie hailed as a landmark achievement, it depicted one of the most racist organizations in American history as heroes; meanwhile the Negroes (who were white actors in blackface) as buffoons, imbecilic, and sexually aggressive towards white women. So do you think it was a coincidence that over a hundred years later “they” ran the same play in real life with Nate Parker who played a rebellious slave? See, they’ll let us have our Black Panther because its fiction and black folks won’t never become someone like a “KillMonger” in real life. I would go on but I think I’ve said enough already and besides I really don’t want that grey cloud to return again. No more wine and cigarettes.
Grace & Peace.
Join 1,679 other subscribers
Follow #PaperlessThoughts80 on WordPress.com