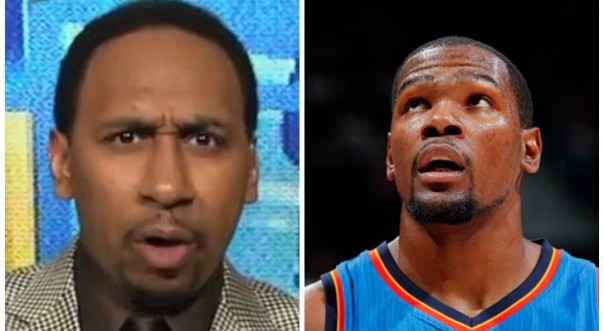 “You don’t want to make an enemy out of me.”

Needless to say, last week was a very eventful one for Mr. Stephen A. Smith. After responding to Kevin Durant’s comments about him being a “liar” and that he “makes up stories;” Smith took his national program on Monday ESPN2’s First Take; and delivered what many has considered a “personal threat” towards the basketball star. Smith’s lengthy diatribe made him an instant trending topic on social media via the Twitter. As expected, there were some cheers, but there were also many, many jeers.

I will respond to @KDTrey5 on @FirstTake right now!!! Then later too, on my radio show. Like I've said repeatedly, I HIDE FROM NO-DAMN-BODY!

In my opinion I'm NOT THREATENING @KDTrey5. I'm only stating facts!

Now while agree that…